213 recommended articles and videos in the "Heat and Drought" category.

Video evidence of how fast Lake Meade is shrinking, going all the way back to 2000. Produced by people who drive pick up trucks to pull their power boats. Of course not a word about climate change, not even in the comments. In the middle they get sidetracked by rescuing a stranded truck. Maybe skip that part.

As the average temperature rises, evaporation increased by 42%. Combine that with naturally increased drought, and we have disaster looming. 6 minutes. A bit technical. By @CC_Yale. Via @GNDNewsleter.

3.  After Comeback, Southern Iraq’s Marshes Are Now Drying Up

Yale E360
View In: Global Heat and Drought
After recovering from Saddam Hussein’s campaign to drain them, Iraq’s Mesopotamian Marshes are disappearing as a regional drought enters its fourth year and upstream dams cut off water flows. Marsh Arabs, resident for millennia, are leaving, and biodiversity is collapsing. Read more on E360 →

Climate crisis | The Guardian
View In: European Winter hot Spells
Ski resorts in the Alps are grappling with unseasonably warm weather as a result of global warming. A lack of snow has caused many to closeRecord warm winter in parts of Europe forces closure of ski slopes Continue reading...

Common Dreams
View In: Global Heat and Drought
As interlinked extreme heat and drought events grow in intensity and frequency amid the ruling class' ongoing failure to adequately slash planet-heating fossil fuel pollution, over 90% of the global population is projected to suffer the consequences in the coming decades, according to peer-reviewed researc... 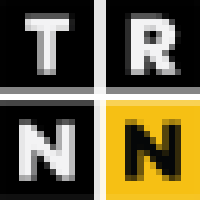 The Real News Network
View In: European Winter hot Spells
It's “the most extreme event ever seen in European climatology,” said one climatologist. “Nothing stands close to this.“