Articles about labor and unions in the US.

282 recommended articles and videos in the "Labor and Unions" category.

1.  When Drivers Are Attacked, Uber Leaves Police Waiting for Help The Markup
View In: App Work
An investigation by The Markup found that Uber is slow to respond to law enforcement requests, leaving drivers vulnerable to repeated attacks

Common Dreams - Breaking News & Views for the Progressive Community
View In: Railroad Unions
The expedited legislation passed by Congress to avert a strike by railroad unions dealt one more blow in the decades long war waged by the two ruling parties against the working class.

3.  LEVER WEEKLY: All They Had To Do Was Nothing 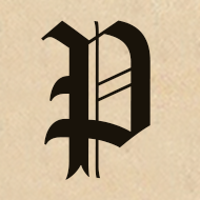 4.  Democrats Failed to Understand the Fundamentals of Collective Bargaining for Railway Workers

Common Dreams - Breaking News & Views for the Progressive Community
View In: Railroad Unions
Railways owned by the mega-rich racked up huge penalties for mistreatment of workers in the years leading up to the current labor dispute.

Common Dreams - Breaking News & Views for the Progressive Community
View In: Railroad Unions
“Politicians are happy to voice platitudes and heap praise upon us for our heroism throughout the pandemic,” said one rail leader. “Yet when the steel hits the rail, they back the powerful and wealthy Class 1 rail carriers every time.“

ZeroHedge News
View In: Railroad Unions
Senate Approves Legislation To Avoid Rail Strike By Zachary Stieber of the Epoch Times The U.S. Senate on Dec. 1 approved legislation aimed at heading off a nationwide rail strike, a day after the House passed the measure. Senators voted 80–15 to pass the bill, which would impose a tentative agreemen...