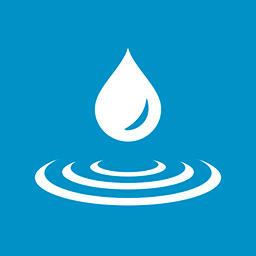 2.  Support Grows for Rights of Wetlands Community Environmental Legal Defense Fund
View In: Community Environmental Legal Defense Fund
<p>CELDF officially endorsed a proposal for a Universal Declaration of the Rights of Wetlands, organized by lawyers and scientists with the Society of Wetland Scientists’ Rights of Wetlands and Climate Change and Wetlands initiatives. The group is planning to share the Declaration with the 171 signatory countries of the Convention on Wetlands (Ramsar Convention), and inviting them to work with others to move toward a framework that ensures the rights of wetlands are understood, respected, and upheld. </p> <p>The post <a rel=&ldquo;nofollow&rdquo; href=&ldquo;https://celdf.org/2021/03/support-grows-for-rights-of-wetlands/&ldquo;>Support Grows for Rights of Wetlands</a> appeared first on <a rel=&ldquo;nofollow&ldquo; href=&ldquo;https://celdf.org&ldquo;>CELDF</a>.</p> Community Environmental Legal Defense Fund
View In: Community Environmental Legal Defense Fund
<p>We invite you to join us for a three-part Earth Day webinar Q&A series as we facilitate honest and open conversations about the shortcomings and compromises of Environmental Activism and how we can be empowered to move Beyond Earth Day.</p> <p>The post <a rel=&ldquo;nofollow&rdquo; href=&ldquo;https://celdf.org/2021/02/beyond-earth-day/&ldquo;>Beyond Earth Day</a> appeared first on <a rel=&ldquo;nofollow&ldquo; href=&ldquo;https://celdf.org&ldquo;>CELDF</a>.</p>