Yale Universities Climate Connections
View In: Methane from Melting Permafrost
Are the newly found sinkholes really ‘new’ … or are they just newly discovered? And how much of a concern at this point? The post Video probes methane emissions from Siberian sinkholes appeared first on Yale Climate Connections.

Yale E360
View In: Methane from Melting Permafrost
A study in northern Sweden found that melting permafrost released one tenth as much methane as expected, suggesting emissions from thawing Arctic tundra could be less than previously feared.Read more on E360 → 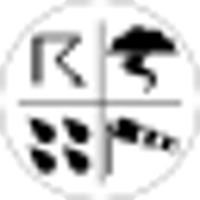 Severe Weather Europe
View In: Methane from Melting Permafrost
Massive craters in the frozen ground of Siberia strike the Russian landscape of Yamal and Gydan Peninsula. The origin of such incredible morphologies is due … The post Methane Explosions Strike the Frozen Ground in Siberia Sparking Wild Theories About their Origins by author Renato R. Colucci appeare...