890 Recommended Articles in this Category

1.  The Military Industrial Complex's Posiiton on Weapons For Ukraine

A very cute video. You do not have to watch all of it to get the point. 6 minutes

2.  BREAKING NEWS: Russia considers leaving WHO and WTO amongst other World organisations

View In: Ukraine Sanctions
On Tuesday, May, 17, it was reported that Russia's Foreign Ministry had sent proposals to State Duma on Russia's withdrawal from WTO and WHO. &ldquo;Exit from

4.  Commerce Cronyism: Inside Deals, Conflicts Of Interest And Chinese Connections 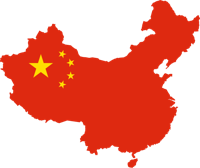 ZeroHedge News
View In: Elite Capture
Commerce Cronyism: Inside Deals, Conflicts Of Interest And Chinese Connections By Peter Schweizer of the Gatestone Institute The Commerce Department is the fourth most lobbied federal office, behind only the Treasury Department, Health & Human Services, and the White House itself. It is more lobbie...

Truth Out
View In: Proxy War
The remarks come amid mounting fears that the West’s response to Russia’s invasion could spiral into direct conflict.

6.  'What they are doing is war': Kremlin spox labels United States & allies as 'hostile enemies' of Russia